The best way to quickly improve your English is to spend at least a few minutes practicing every day. Immerse yourself as much as possible every time you study, and challenge yourself to listen to, read, and even say things in English that you think might be too difficult for you. If you want to speak English fluently, you need to make it an essential part of your everyday life.

Who do you think is the most glamorous person? A biotechnologist who led his company in international research, an ordinary welder who gained international fame through his work, or a photographer complimented widely for a series of photos?

The world’s governments and organizations are facing a lot of issues. Which do you think is the most pressing problem for the inhabitants on our planet?

Fill in the Blank

According to the literature, the history of vaccination can be traced back to as early as the 7th century when the monks in India tried to —(immunize/locate/prevent/force/stop)— themselves by drinking snake venom. The first vaccination was inoculation with human smallpox, a practice widely —(applied/carried/took/figured/utilized)— out in ancient India, Arabia, and China. This method of vaccination consisted of collecting pus from a patient —(getting/suffering/undertaking/generating/diagnosing)— from the mild form of smallpox virus infection and inoculating the sample to a healthy human, which later led to a minor infection.This method was first introduced in England by a Greek named E. Timoni. —(However/In addition/Therefore/Otherwise/Similarly)––, this method had a risk of spreading smallpox in the community and even worsening the health condition of the person who received the inoculation. While the use of human smallpox vaccine was controversial, E. Jenner came up with bovine smallpox vaccine in 1796; this new method also faced controversy but continued to be universalized. Smallpox became a —(preventable/serious/normal/terrible/contaminated)— disease by injecting pus extracted from a human infected with cowpox virus. Jenner named the substance “vaccine” after the Latin word “vacca” which means “cow,” and thus the process of giving vaccine became “vaccination”.

It’s easy to understand why some managers shy away from the risk involved in any planned, radical change. But don’t assume that the unplanned do-nothing strategy is any safer. In Britain some entire industries have disappeared or passed into overseas hands because successive managements blundered on along the same unclear paths that had served (badly) in the past.

Which of the following statements is the best summary if the writer’s main point?

[ ] Failure to act can be as risky as making changes.

[ ] In business, any strategy is better than one.

According to the speaker, which is correct about “learned helplessness”?

Fill in the Blank

Stem cells are the body’s master cells, the raw _______ from which we are built. Unlike normal body cells, they can _________ an _________ number of times and, when manipulated in the right way, can turn themselves into any type of cell in the body. The most _______ stem cells are those found in the _______ at just a few days old. This ball of a few dozen stem cells eventually goes on to form everything that makes up a person. In 1998, James Thompson announced that he had _______ human embryonic stem cells in the laboratory. At last, these powerful cells were within the _______ of scientists to experiment with, understand, and _______ into fixes for the things that go wrong. 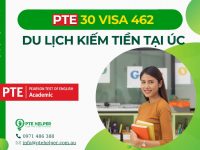 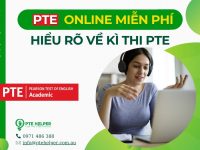 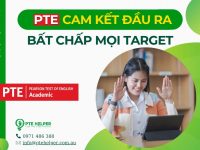